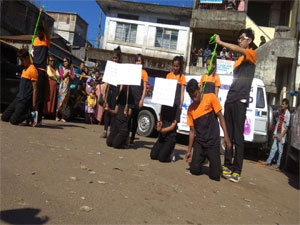 In an attempt to create awareness to prevent atrocities against women and children Meghalaya State Commission for Women had organised flash mob in different districts and the performers were from Eastern Dance Icon, Shillong during the 16 days activism protesting violence against women. Clad in black and orange, the flash mob portrayed the harassment and violence that women face at home and public place. The colour Orange was used to symbolize a brighter future without violence (designated by the UNITE campaign to end violence against women) 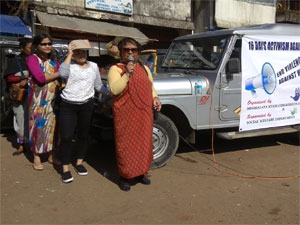 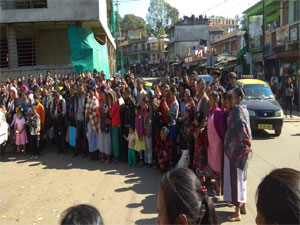 Through the flash mob the Commission appealed to the public to join hands in protesting against the different forms of violence against women and have tried to demonstrate the issue of sexual assault which needs to be severely condemned and punished. This was an innovative mean that the Commission had used to reach out to the masses.